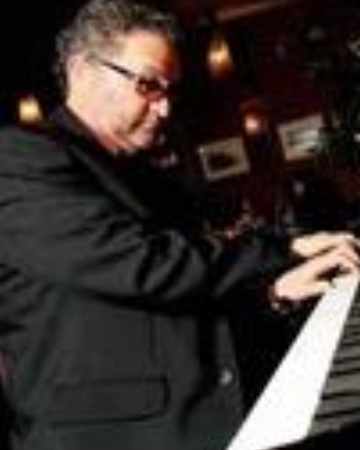 I first started to play the piano at aged 5 and had regular piano lessons for many years. I had a classical music upbringing, my mother was a ballet dancer and my father is very fond of classical music. As time went on after experimenting with producing different sounds on the piano from an early age I discovered that I could copy recorded music that I heard from the radio including pop music on to the piano and even create my first own composition at age 12 which I called The Band.

It wasn’t until I became an adult that I realised my full potential as a pianist and composer by introducing variations and arrangements to well-known popular classical music with experimentation and improvisation to create compositions. I became a member of London Piano Circle and Forum London Composers Group and have run for many years a special improvisation group using two pianos called Pianos Plus.

Composers who have most influenced my style of playing include Beethoven, Schubert, Mozart, Satie, Enuldi, Jarrett, Finnissy, Skempton and Cashian to name but a few! I am fascinated with all types of classical music and that includes piano playing style up to the present including ultra-contemporary and even reggae which I can produce on the piano! This is also reflected in my experimental music where I use very avant-garde methods of producing sound using the whole range of the piano keyboard (atonal).

From time to time I find myself playing in restaurants, cafés and am always looking for new pastures and challenges involving solo performances especially background in the public arena.

In 2012 I composed and performed themes for the Cultural Olympiad project in conjunction with Cool Fusion under the auspices of the London Composers Forum.

I am currently supporting the newly-formed LSO Create Orchestra as composer/pianist performing new compositions in the Barbican foyer and Barbican main concert platform at the Rites of Passage concert 2014 with the Create Orchestra.